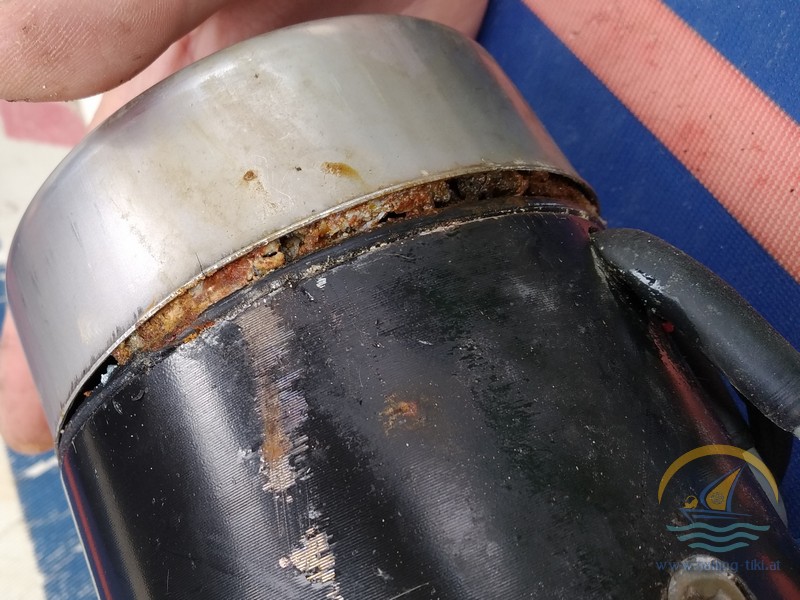 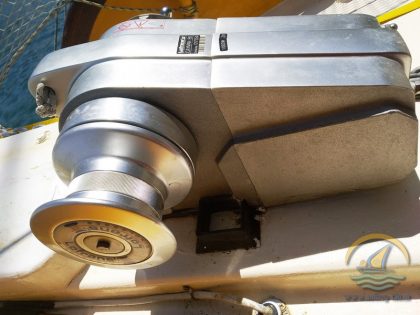 After a long winter on the boat in Vonitsa, we are ready to untie the lines again on 2 May. A short check all around, turn signals, brake lights, tyre pressure, … no,

of course not, but engine check, anchor chain, which has served as mooring in the harbour basin for 7 months now, is cleaned from mussel growth, growth on the hull is close to none, thanks to Coppercoat, everything is lashed on deck and stowed safely below deck, the lockers are locked, the cats taken care of, we can start! Could go off, if there wouldn’t be anchor windlass… 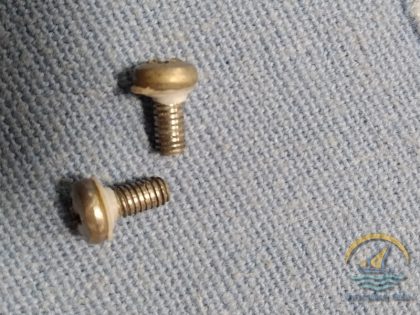 Since our anchor locker is only accessible from the inside and the deck is a good 60mm thick at that point, we didn’t have much choice. It had to be electric, suitable for the mounting on deck and of course reliable. Lofrans was the only manufacturer that offered an electric windlass for 60mm deck thickness, so we decided to go with their Cayman88 model with 1000W. In Croatia it wasn’t connected, in Italy, on the Adriatic side, we couldn’t anchor anywhere and in Greece, well, most of the time we were busy with refit, so the winch was hardly used yet. Nevertheless it failed now its service. Not yet 2 years old, not yet used 20 times, nevertheless no more signs of life. Frustrated we prepare Tiki again back onto the houseboat and start to dismantle the winch. 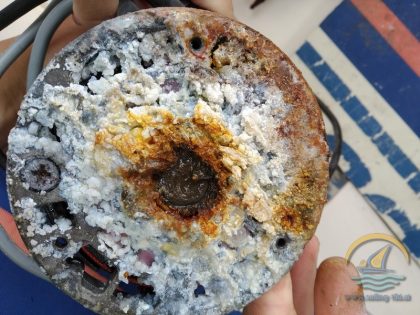 The electric motor is soaked in water, the taste test confirms what the appearance promises: salty. The (factory-fitted) seal on the housing was leaking, the

Adriatic, wintery waves often washed over the bow, and the winch. The “lid” of the motor also had a fine crack, so this sealing didn’t deserve its name either. What a nightmare… George (Jorgos Tatsonas, if you are in Vonitsa and need some tools, he is your man), our meanwhile beloved friend-(we miss you!), contacts a local specialist, in the meantime we find out what a new engine would cost. 450€ excluding shipping. Dimitris, sent to us by George, arrives around 9pm, takes a quick look at the motor, takes it with him and promises to report later if he can save it and what it will cost.

Greece is simply sensational. In many other countries “broken” is exchanged for “new”. No one can or wants to repair things, as you can see impressively from the growing mountains of rubbish. Here they are still repairing, here there are still plenty of them who can even enjoy the challenge. Dimitris calls us about 30 minutes after he has picked up the engine, he has dismantled it, he has the necessary parts, he can make it fit again, but, he must warn us in advance and apologizes right away, before tomorrow afternoon he will not finish! The day is saved, for 250€ we get our engine back the next day, in the morning. He did it in the night, he didn’t want to stop us. Beaming with joy we thank him and have to control ourselves not to hug him straight away. 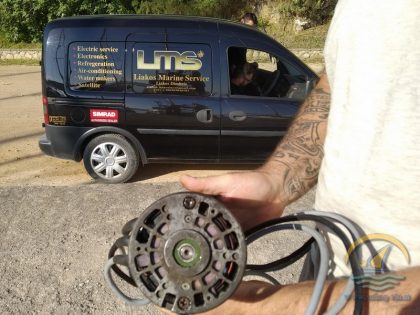 In the coming days we’ll reassemble everything, this time we’ll seal it up properly ourselves and a short test shows that it works better than ever before. We still suspect that a former returned windlass was turned on us. Directly from the manufacturer, because the dealer ordered the windlass especially for us. Our serial number cannot be registered on the manufacturer’s homepage either. Very strange indeed.
Later we learn that a friend of ours had the same windlass and had the same problem after a comparable period of time.

if you have landed here because of your research on the Lofrans Cayman88, the case cover should be properly sealed (there are only 2 screws to open, it’s worth the effort!), the cover cap on the engine case also can take an additional seal, we have wrapped it with self-welding tape, you can get it off again, should it be necessary. The next larger model has 2 drainage holes in the housing cover, on the bottomside, should the seal fail, the water can come out, and does not accumulate around, as with us, to flood half the engine. Whether you drill it or not remains a matter of taste. The seals should absolutely be repaired.

Now that the winch is working twice as fast and more silent than before, nothing is in the way of a “untie the lines” anymore…