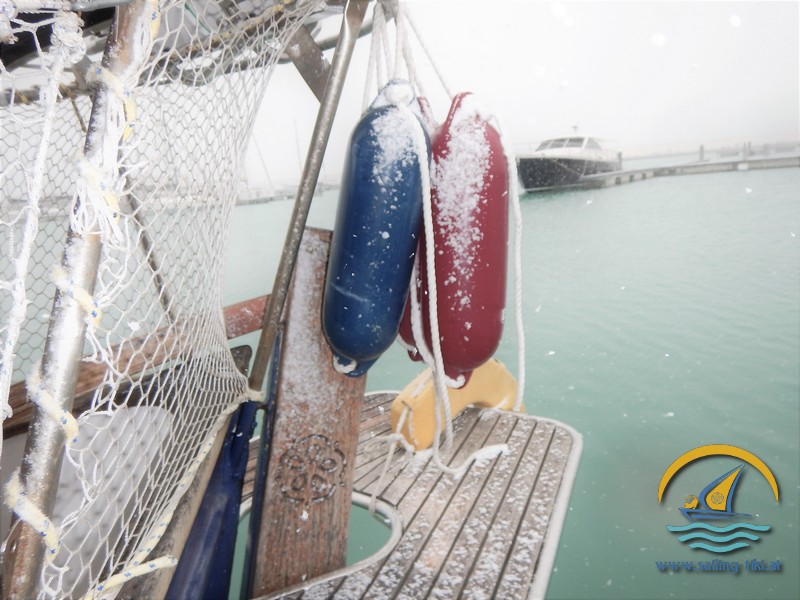 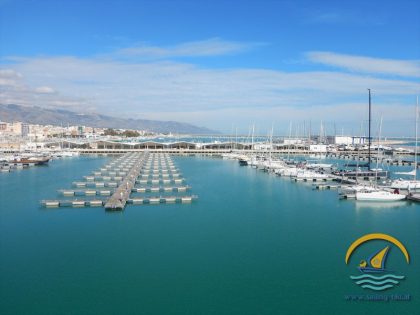 After our turbulent crossing from Croatia we spend 14 weeks in Manfredonia, not quite voluntarily. The Marina del Gargano can be recommended. Very friendly staff, attentive and always helpful. The prices are bearable, we paid half the winter season price for Tiki. This corresponds to about 820,- Euro. Not quite cheap, but the services fit. In bad weather all mooring ropes are checked and at night there is a check patrol, also here a closer look is taken at the mooring ropes.

There are enough showers and toilet facilities which are also regularly cleaned and therefore neat. The pontoons are designed as floating pontoons with fingers, water and electricity is available, but costs extra. Fortunately we have our Taylors-oven, which kept us warm without any problems.

At the marina there are some restaurants, but we only visited two of them, one of them several times. 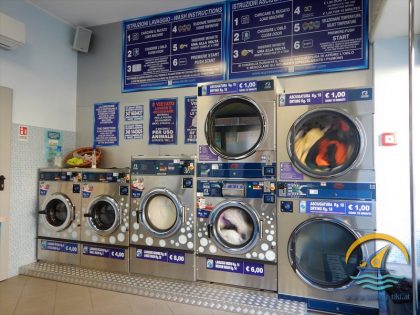 During shopping trips we were happy to have our folding bikes, the nearest supermarket with normal prices is usually 30 minutes away. A discounter is about 3km away, but steadily uphill. No problem with a good bike, the folding bikes are better pushed 😉

Laundry can be washed at Salvatore, his “Lavanderia” is easily accessible on foot and the prices range between 4 and 8 euros. For 8 Euro you can then wash 20kg of laundry, another 2 Euro for the dryer and everything is ready for storage. Detergent, disinfection and fabric softener are included – even soot stains disappear without a problem. Salvatore is usually there around noon and before closing. It is worth going there at these times, as he speaks English very well and always has good tips for excursions and other things at hand. 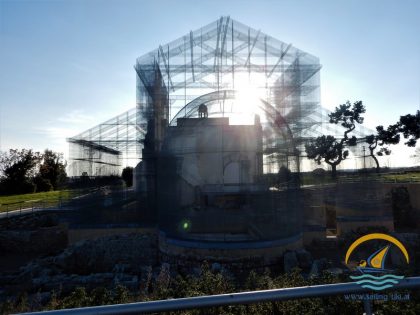 Thanks to Salvatore we could join a trip with Valentina from “La Pelandra”. She showed us Siponto and as an archaeologist also told us a lot about the history of the “4 churches” and about Manfredonia itself. Among other things that Manfredonia was originally founded by 3 men who were sent from Rome to build a city with a wall around it. Well, 3 men were probably too few. When Rome sent messengers to control the progress, one of them was no longer to be found, the two remaining ones were overwhelmed. Somehow understandable.

Just forget it. It’s best to pretend they’re not there. Rarely seen such a dilettante mess. There is its own contribution to it, since it would go beyond the scope here. The short version for reading lazy: Our engine was dropped in front of our very eyes twice, the preparation for the new painting was finished with high pressure cleaning (without degreasing, grinding or disassembling) and at the end we had to repair the engine ourselves, because they had ruined e.g. the originally intact impeller housing by the crashes and the repair attempts. On the question of price reduction for the damages caused we were threatened with police and port captain. Conclusion: Hands off this shipyard!

Mainly waiting for the engine to be finished. Otherwise mostly things that you do at home in your spare time. 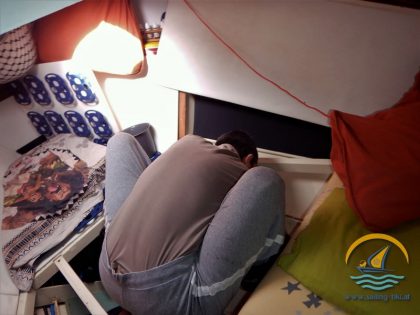 However, we still used the time to work on the boat. We could solve the problems in the mast top provisionally and set the mainsail again. In order to minimize condensation on the steel hull we insulated the sleeping berth with Armaflex. We also covered the engine compartment with it, on the one hand because of condensation, on the other hand it is also a little sound-absorbing, with a ship’s engine that can’t be a mistake. The rest will be done at a later date, in a good shipyard, when we are on land.

Then we have jumped on the watermaker. In the future we will be able to produce drinking water from salt water. 50 litres per hour. (Echotec 260-DML-1, 12V, 38Amp, with booster pump if it should be of interest). We had to find a place for the 1 meter long membrane, 5 huge filters, the control panel, the engine and some other things. When we left Manfredonia on the 1st of April, we were still missing the seacocks and the wiring, which we will do when Tiki is on the hard.

Furthermore we cleaned out our cable spaghetti a little bit more and put it in order, also during this process unbelievable things came to light. On this occasion we replaced the lighting from the engine compartment (previously a single light bulb with the sensational light output of a tea light) with 3 short, extremely bright LED strips. Underneath the sprayhood we now have red light to avoid destroying our night vision during longer crossings with white light.

Of course we also had days in between where nothing just wanted to work, the mood was below zero and there were clear signs of camp fever. Winter in a unfamiliar city is not always easy. Limited space on the boat, many grey, rainy days, sometimes snow and little communication with other people, as hardly anyone speaks English here.
Altogether Manfredonia is suitable for a short intermediate stop to get provisions, to wash the complete laundry in a machine again etc. For longer stays the city offers however too little, if one is – as we are – limited mobile.

One thought on “14 Weeks Manfredonia Italy”