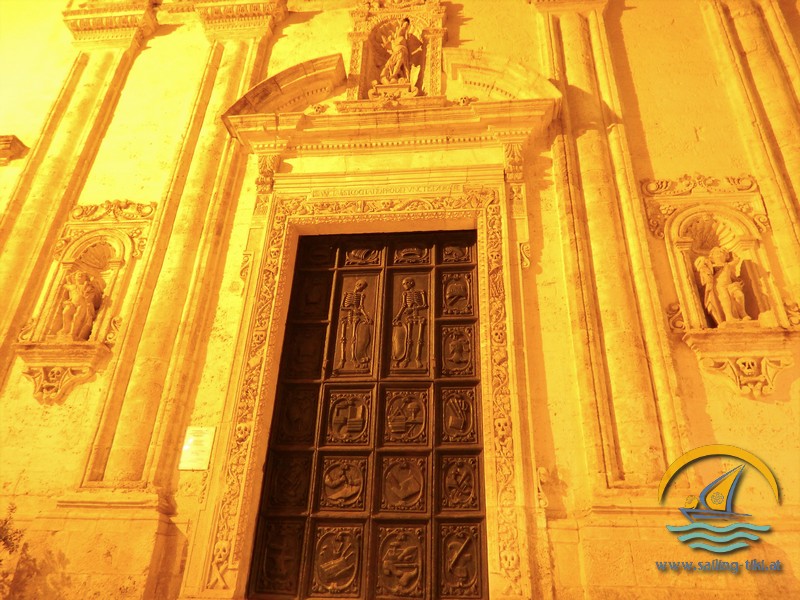 Along the Adriatic coast

After a much too long stay in Manfredonia we finally have our engine back and can leave Manfredonia. – The engine history will become a separate contribution, there is much to tell, unfortunately little good. Now it goes further to the south! 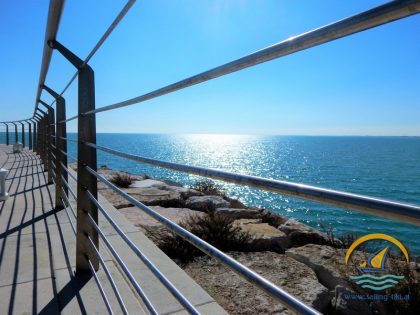 On March 28th, a few days before we leave our winter camp, a small sailing boat under Austrian flag arrives at the marina. Wolfgang, a Carinthian with his 26 Friendship “Swing2”. I rush over the jetty to him, introduce myself briefly, warn him of the shipyard and offer him to visit us later. That was the beginning of a long journey together.

One day after Wolfgang, the spare parts arrive which have ruined the shipyard. On the 31st of March they are ready installed and the engine is working properly again.
We make one last supply run, quickly do laundry in the Lavanderia of Salvadore (he even interviewed us once: Youtube, it was our very first interview, so we are a little nervous 😉 be merciful, I think it’s terrible! ) and are ready to go. 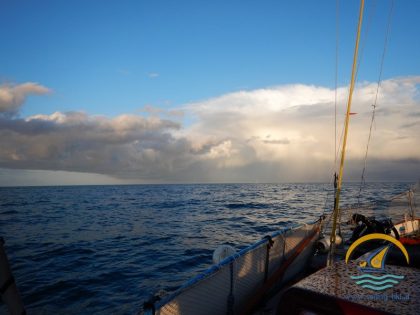 Easter Sunday, the resurrection celebration – how appropriate! Also the birthday of my, in the meantime deceased,

favourite aunt. The weather forecast for the next days looks reasonable, so let’s go!

From Manfredonia to Bari, 45,5nm (nautical miles x1,852 = approx. 84km) we have set ourselves the goal. Around noon an impressive thunderstorm builds up behind us, aaah, what the hell…, the engine should be tested anyway. A good opportunity 🙂
During the 11 hours we needed, the engine is humming for four hours and we are spared from the thunderstorm. Altogether a great day and we manage to find, together with Wolfgang, a berth in the Marina of Bari, so we have to pay again. Italian Adriatic coast that is.

Monopoli – one should have seen it 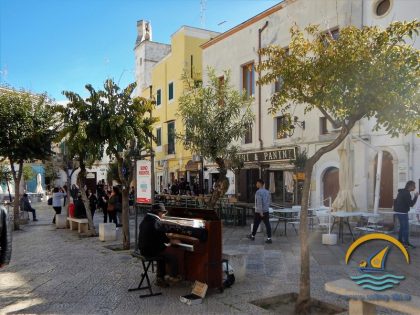 The next stage brings us from Bari to Monopoli. About 30nm, 9 hours on the way and definitely worth a stay. The city has not only a well-known name, but shines by a dreamlike old town with narrow alleys, clean streets, musicians, cosy restaurants with good food and lifts the spirits. As a bonus, you can moor free of charge under the imposing fortress wall. One family asked if they could take a photo, we were still taking care of the lines and I just nodded quickly. Seconds later everyone was on board, we didn’t expect that! I thought a photo of Tiki, family at the jetty in front of it. Well, nothing bad happened and it was funny anyway.
We were so excited about the city that we decided to stay another night to look around in peace.

After we departed from Monopoli on April 4th, the way leads us to Brindisi. The waves are shaking us, 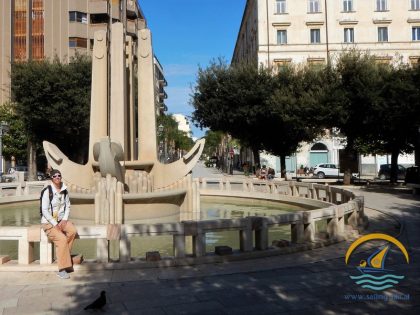 unfortunately there is hardly any wind and so the engine keeps us company until we reach our temporary destination about 9 hours and 43nm later. The dubious charm of the industrial harbour surrounds us for 3 nights, before we set off and finish the last stage of the Adriatic Sea. After the stormy time in Brindisi we take on 7 April the distance to Otranto, which is almost 42nm.

Since Manfredonia we are on the way together with Wolfgang. During the sailing stages we regularly lose sight of each other, partly because we don’t have enough wind to sail and take course directly, while Wolfgang crosses under sail. Partly because we start at different times. Wolfgang’s sailboat is a few tons less heavy than Tiki, he makes progress with far less wind (and has a light wind sail), but we have advantages when the wind blows stronger or the waves get higher. All in all the way from Manfredonia to Otranto was done quickly with two boats and we are looking forward to our second Adriatic crossing, this time to Greece and during the day, not again in a new moon night.