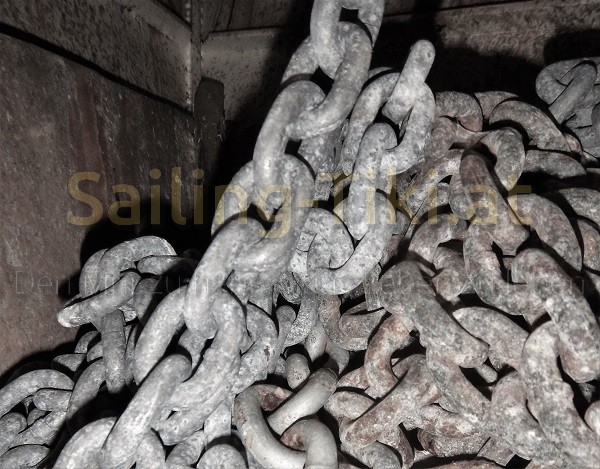 Before we had to travel home again, Eric wanted a shock absorber for Tiki. So, get in the car, turn 2x, park, get out, wonder for a moment, because there were so many cars ->meaning many customers in front of us. I scurried up the 5-6 stairs while Eric had to rush around the car first to be able to follow me. Arrived at the top, grab the door handle, push it down, open the door (pushing it away from me), take the first step into the shop, wonder about the strange lighting, stop, turn around, hearing Eric say: come out quickly, behave nicely, go out, endure the terrible roar of the alarm system, go in at the next door, want to explain to the lady what happened, no chance, she is part of the team, but only speaks Croatian. She obviously wonders why we broke in at first, to stand with her almost at the same moment – without stolen goods – and are touched embarrassingly. In spite of the language barrier, she cheerfully starts babbling, something cheers her up. We try to explain to her pantomimically what happened. Of course we look very good – and not a bit ridiculous!

After a few minutes one of the security service arrives, she explains something to him and sends him away thankfully. Shortly after another car arrives, pulls up to our car (bad parking place for the getaway car) the owner (of car and shop) gets out and … hooray, he can speak English! We describe what happened and just want to apologize. At that moment he takes mine first, then Eric’s hands and shakes them overflowing thankfully. He is very happy that it hit us, because we are so nice & honest. He now deactivates the alarm system and wants to sell us what we need.

It’s supposed to be shock absorbers, but we can’t have an invoice before Monday, since the cash desk has already gone down and he’s not allowed to start that thing before Monday morning (the EU regulations again). He confirms our assumption that the ATM will not work either. But we can take the parts with us (invoice amount ~720 Kuna/~95 EUR) and pay on Monday. With us he has no doubts about that. Now also the police comes past, it is explained briefly what happened and the two officials leave again. So, now we reject the friendly offer, because we already drive home on the next day, Sunday, and only come back in a few weeks. We are supposed to pay when we get back – he wants to help us at absolutely.

Hmmm, just thinking, he could do that too!

Whether he doesn’t know – professionally – some people from one or the other marina, we describe him briefly our debacle, of course, he writes down the necessary data of Tiki and ours, promissing at the very latest tomorrow he announces himself. It’s unpleasant for him that he can’t do any more today, but he has a longer appointment in the evening, whose preparation was interrupted (probably by us). We leave the shop together, he activates the alarm system again and this time the door will be locked as well.

For the curious among you: he has actually contacted us, but couldn’t find a place for our Tiki yet. We feel a bit homeless about it.